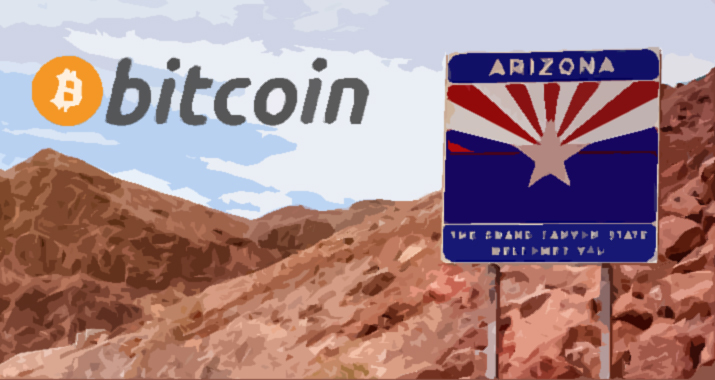 Arizona may become the first U.S. state to legalize bitcoin as a payment option for tax purposes. Bills to that end have been advancing in the State Legislature, with one of them already passed by the Senate Finance Committee. First reading of a draft law regulating ICOs has been scheduled, too. The Grand Canyon State is sending a signal to everyone that it will be “the place to be” for cryptocurrency.

Several bills that recognize bitcoin and other cryptos as currencies have been making their way in the Arizona State Legislature. Two of them, SB1091 and SB1145, will regulate income tax payments with cryptocurrency. One of them has already passed the Senate Finance Committee in mid-January. Another bill (HB2601) is expected to regulate crowdfunding and initial coin offerings (ICOs). Its first reading in the House of Representatives is scheduled for June 2, and a second reading will take place a month later.

“We are sending a signal to everyone in the United States, and possibly throughout the world, that Arizona is going to be the place to be for blockchain and digital currency technology in the future,” Representative Jeff Weninger (R) told Fox News.

He believes that in the next 5 to 10 years crypto technology will change the world the way the internet did.

According to a study by the University of Cambridge, the number of unique active users of cryptocurrency wallets may be up to 5.8 million. Phoenix businessman Jack Biltis, who is one of them, believes this is the way of the future.

He told Fox: “We actually allow employees to receive their paycheck through bitcoin and even invest part of their 401k in bitcoin.”

Biltis, who has a payroll company, is convinced that the new crypto technology will replace “what we have now with the inefficient credit cards and banking systems”. Cheap and instantaneous money transfers are possible with cryptocurrency, he noted. Jack Biltis wants Arizona to be a state that encourages these technologies.

“It’s always a little scary and thrilling at the beginning. It was with the Internet”, business owner Jack Biltis says, however. “The world is going to look so different in 20 years”, he adds, “and the people that are going to be truly successful are those that embrace it now”.

Most U.S. states have yet to adopt comprehensive legislation to regulate cryptocurrencies but several have taken positive steps. These include Kansas and Tennessee, where authorities have issued memorandums indicating that money transmitter licenses will not be required to sell digital coins.

If Arizona lawmakers approve the proposed amendments, the Grand Canyon State may start collecting taxes in bitcoin within two years.