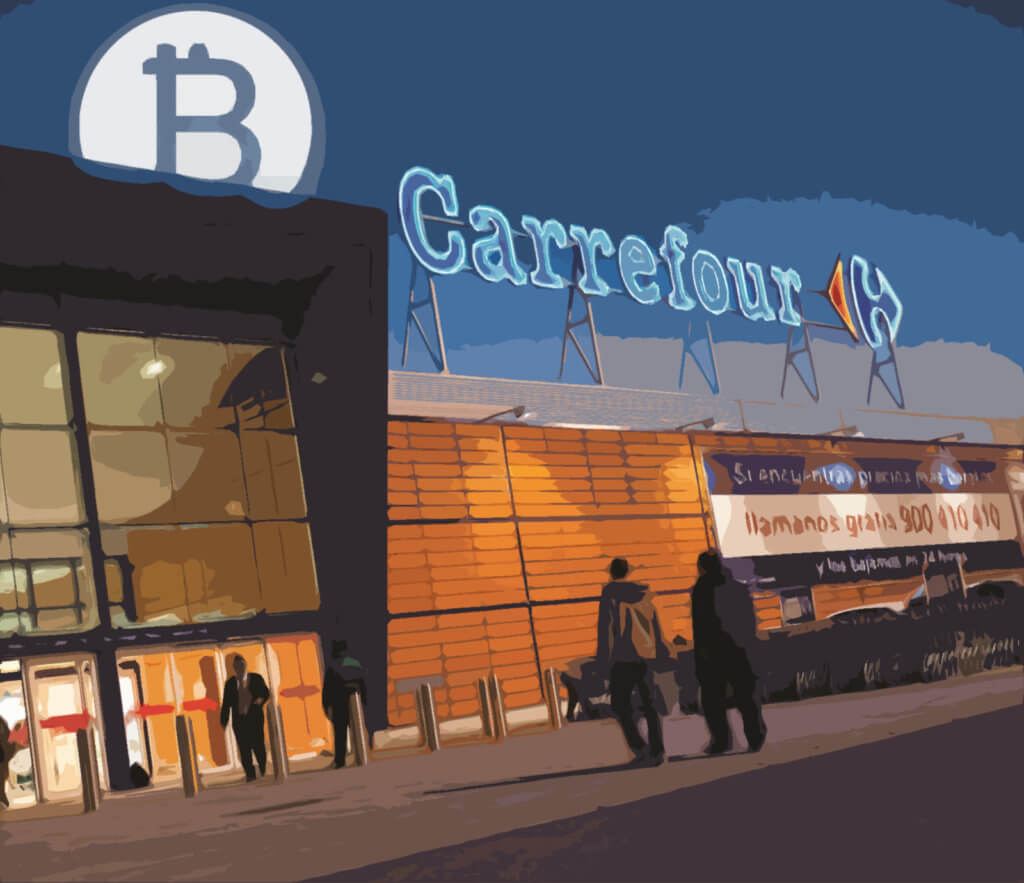 French grocery retailer Carrefour Group has launched Europe’s first food blockchain and plans to extend the technology to eight more product lines before the end of 2018.

The move is part of the retailer’s implementation of the five-year Carrefour 2022 transformation plan. It was announced in late January by the new CEO Alexandre Bompard, who took over in mid-July.

Europe’s largest retailer noted that the blockchain technology is currently in use for free-range Carrefour Quality chickens. This will be later introduced to eight more animal and vegetable product lines, such as eggs, cheese, milk, oranges, tomatoes, salmon and ground beef steak.

According to the company, “It can be used in the food sector so that each and every party along the length of the supply chain (producers, processors and distributors) can provide traceability information about their particular role and for each batch (dates, places, farm buildings, distribution channels, potential treatments, etc.).”

Carrefour, will now be able to share a secure database with all of its partners and guarantee higher levels of food safety for its customers.

Use of blockchain technology

“Become the leader of the food transition for everyone is the aim that Alexandre Bompard has set for the Carrefour group. Making use of blockchain technology is an exemplary step in meeting this aim. This is a first in Europe and will provide consumers with guaranteed complete transparency as far as the traceability of our products is concerned”, explains Laurent Vallée, Carrefour’s general secretary and head of quality and food safety.

Consumers will be able to scan the QR Code on each product label using their smartphones to obtain complete information and ascertain the quality of the product. They can also see from “where it was reared right up to when it was placed on the shelves.”

Carrefour is reportedly the first to introduce the food blockchain in Europe. Several other companies dealing in food products are exploring ways to utilize blockchain technology.

In late August, ten of the largest food producers and retailers, including Nestlé, Tyson Foods, Unilever and Walmart, had announced a collaboration with IBM Blockchain to help track food supply chains and improve food safety.

The use of blockchain can, when a problem arises, help in quickly identifying the source of the problem or contamination as one can see across the whole ecosystem.