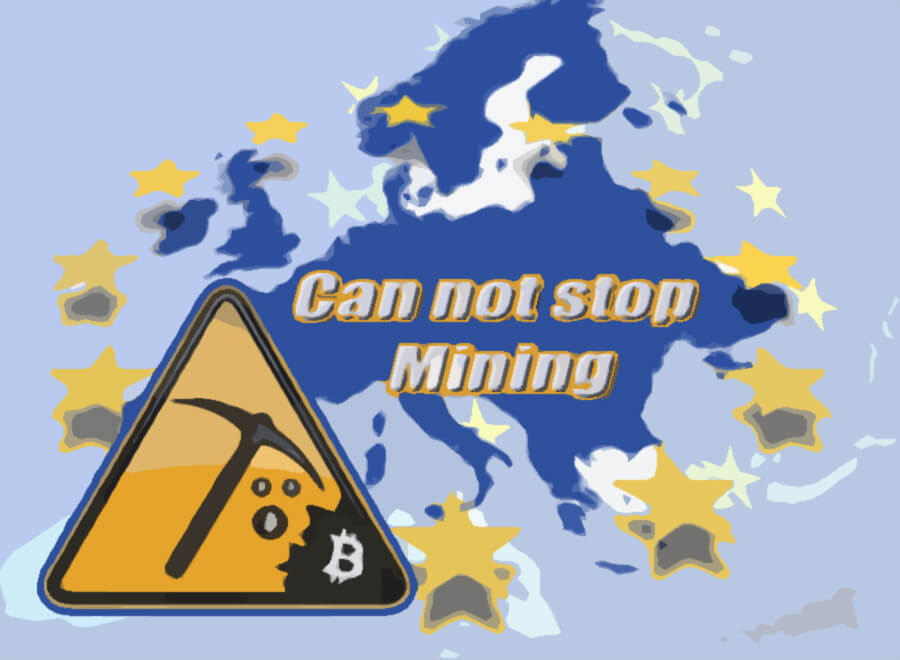 Cryptocurrency mining is perfectly legal in Europe and only subject to standard electricity rules, according to an EU commissioner.

In a statement released last week, Mariya Gabriel, European Commissioner for Digital Economy and Society, addressed concerns about the power-intensive nature of cryptocurrency mining, while clarifying the regulatory status of the industry.

“If the energy consumed for this activity is produced according to law, there is no legal basis to forbid or even limit it. Mining of cryptocurrency is not an illegal activity, the Commission did not put in place any means to track it, so far.”

However, as an electricity-consuming economic activity, mining is subject to EU rules regarding energy efficiency, the power sector and greenhouse gases emissions.

Gabriel went on to say the European Commission would continue to review the growing impact cryptocurrencies have on energy consumption and demand. As mentioned by the commissioner, it’s not currently clear how much bitcoin mining is carried out within the EU.

Mining activity is still currently concentrated in China, despite hints that regulators there may move to clamp down on the industry. “Nevertheless, it cannot be excluded that some part of the mining is done in the EU,” Gabriel said.

As reported by the Washington Post recently, Iceland, which generates most of its own electricity through hydroelectric power stations, now has more prospective cryptocurrency mining projects than the island’s energy supply could support. Iceland, however, is not a full EU member, but is part of the European Economic Area.

Experts told that bitcoin mining alone consumes roughly 0.14 percent of the world’s generated electricity supply – a conundrum some in the blockchain industry believe creates a strong incentive for experiments with sustainable energy solutions.

It is important to note that many promising applications of blockchain technology do not have extensive need for processing power.