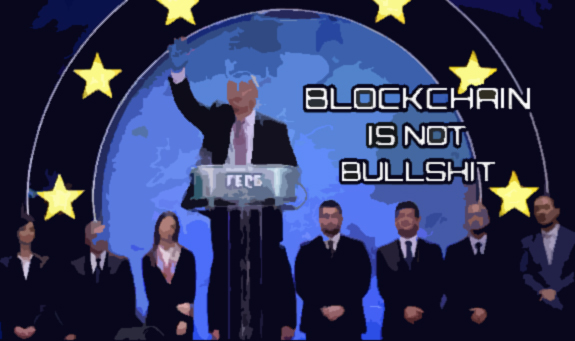 Monday, Feb. 26, The European Commission has hosted a meeting titled “Cryptocurrencies – Opportunities and Risks.” Covering the influence of crypto on financial markets and problems arising with Initial Coin Offerings (ICO).

The roundtable was chaired by Valdis Dombrovskis, the Commission’s Vice-President in charge of Financial Stability, Financial Services and the Capital Markets Union.

The Commission’s press release described the event as a place for European Union organizations, countries, central banks, academics, and entrepreneurs to “respond to the challenges posed by cryptocurrencies (virtual currencies) and Blockchain technology.”

The conference was broken up into three themes: cryptocurrencies and their implications for financial markets, investor protection and market integrity in relation to cryptocurrencies as an emerging asset class, and the potential and challenges posed by initial coin offerings (ICO).

After the roundtable concluded, Dombrovskis told the press that since Europe has such a small share of crypto trading, which he referred to as a “global phenomenon”. The next step is a discussion of the same topics at the G20 level. He would also not exclude the possibility of moving ahead on regulation at an EU level.

He added that “Blockchain technology holds strong promise for financial markets,” and that steps must be made to not hinder technological innovation.

Dombrovskis repeated the EU regulators’ previous stance on the risks involved in investing and trading in crypto at the end of his roundtable press debrief, saying that “warnings about those risks to consumers, to investors, must be clear, frequent, and across all jurisdictions.”

Last Friday, Austria’s Finance Minister Hartwig Löger spoke about his idea for basing crypto regulations on those already in place for gold and derivatives. A fintech action plan is expected to be presented by the European Commission in early March.