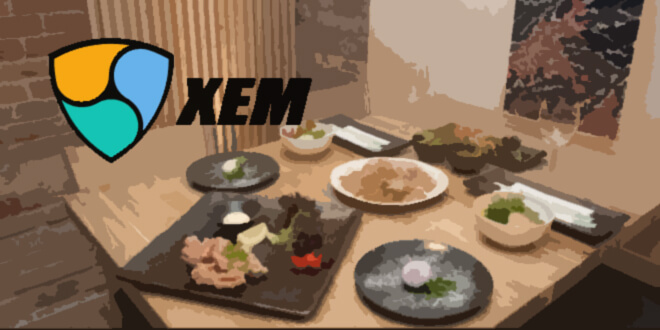 The NEM blockchain became quite popular in the wake of the of the January 2017 theft of over $526 million worth of XEM tokens from the Japanese cryptocurrency exchange, Coincheck. This hack amounted to the largest cryptocurrency theft in the history of the market.

In response to the Coincheck hack, he placed the blame on the operators of the exchange platform. Sato rightly explained that they hadn’t handled the funds well, leaving their system vulnerable to hacking.

On the subject of the potential for the sustainability of the market, he admitted that it was much too early to know for sure as the sector is still very much in its infancy.

Sato discovered cryptocurrency about five years ago and became intrigued by the concept. He had initially established the restaurant in the Naka Ward area of Nagoya before moving to Tokyo in October 2017. Previously, the restaurant owner considered the idea of accepting cryptocurrency payments in his establishment until a customer requested he move to accept payment in XEM.

The restaurant was established in 2009. After being in operation for eight years, Sato decided to move the restaurant from the second floor of a building in Nagoya to the new location in Tokyo.

Sato even raised 8 million JPY ($75,360) from the sales of a cryptocurrency he created, and he moved the restaurant to the Akasaka area of Tokyo in November 2017. The restaurant is naturally popular with crypto enthusiasts due to the fact that it is the first restaurant to accept payment with XEM tokens.

Even with the emergence of a number of establishments accepting cryptocurrency payments, it still isn’t a popular payment method.