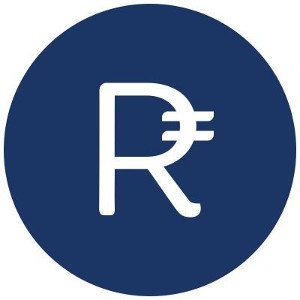 Cryptocurrencies get huge attention around the world and their popularity is growing every day. One can not capture every single cryptocurrency or news about it. But we are here with our series “Know your cryptocurrency!” In this part, we will introduce a cryptocurrency that can be literally a golden bulb in the next years! The cryptocurrency named Rupee (RUP).

Rupee is a decentralized cryptocurrency mainly focused on India and South Asia. Why in this area? The answer is simple.Their national currency is rupee. This currency has more than 2000 years of rich history.

Bitcoin is here to reinforce and introduce the new era of decentralized cryptocurrencies and form the world. As the authors of this project say:

“Up to now, South Asia has been outside the Blockchain map and it needs to be changed. We think it´s time to create a decentralized cryptocurrency based on Blockchain for South Asia, and a better name than RUPEE, which has almost two thousand years of rich history and business, although it can not be. RUPEE is not bound to any FIAT currency unit and offers an unlimited opportunity for the community. “

The history of the rupee began around 300 years BC. Ancient India was one of the first countries in the world that start using coins as a payment. Since then, this name has continued on its way to modern times. Now is the time to take another important step. The step is to move to Blockchain technology.

Rupee is known all over the world due to its huge use in South Asia. Rupee is a common FIAT currency that is used in countries such as India, Pakistan, Indonesia, Maldives, Mauritius, Nepal, Seychelles and Sri Lanka. Blockchain technology will revolutionize these countries.

The upgraded BitIndia market fits into these plans. The founder is John McAfee, who created the antivirus McAfee.

BitIndia delivers an open source platform that allows users to secure transactions and hold private cryptocurrency keys on Blockchain. The BitIndia wallet transforms the current structure and concept of the cryptowallet. While BitIndia wallets aim to create Blockchain in India, BitIndia will allow everyone to shop, sell and understand cryptocurrencies in the simplest and fastest platform that has ever been designed.

The BitIndia wallet endeavors to become an integral part of everyday routine activities such as buying food, paying bills or paying in the restaurant. It uses cryptocurrencies as a “exchange medium.” The BitIndia Exchange will allow users to trade with Indian cryptocurrency, and there is no need to support the different cryptocurrencies in India (potentially ruptures), but also to support Blockchain technology around the world.

With new informations and upcoming news, people are beginning to realize the value of Rupee, and so the daily volume is rising considerably.