Venezuela about to launch its “Petro” cryptocurrency 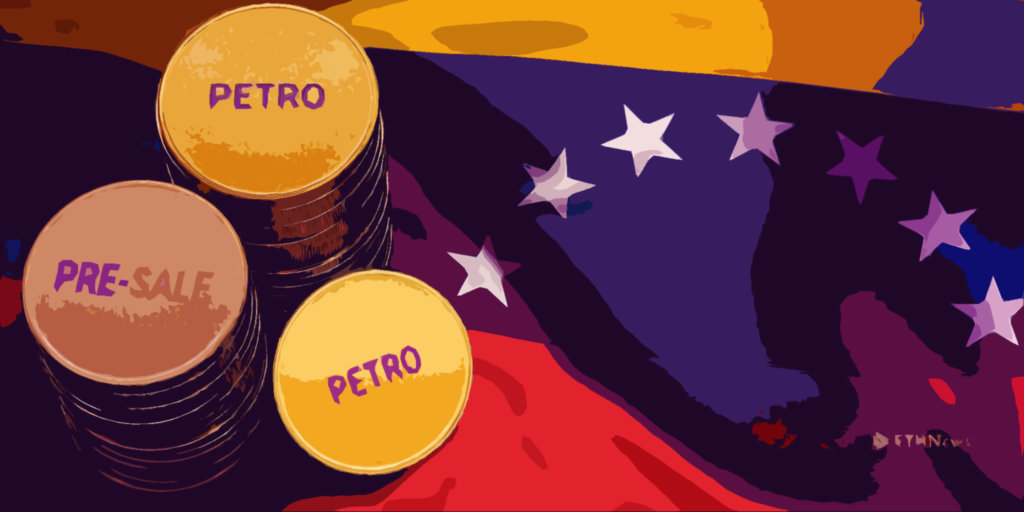 The pre-sale of the commodity-backed digital currency “Petro“, which has been announced by Venezuelan President Nicolas Maduro, is expected to start on 20.2.2018. The country hopes this will help to replenish its depleted budget.

Its launch will spearhead the promotion of an independent, transparent digital economy, open to direct citizen participation, which will serve as a platform for the development of crypto assets and innovation in Venezuela and other emerging countries with great potential.

Cryptocurrency will be backed by oil found

The new cryptocurrency will be limited to 100 million units, called the mene. “ERC20” tokens will be created and sold using the Ethereum platform for the pre-sale phase. The pre-sale will end once the 82,400,000 units of the pre-sale are sold. The Petro will be backed by oil found in one of the country’s large natural reserves, making it very different from the major cryptocurrencies, such as bitcoin, because it is backed by a real world commodity.

Venezuela’s regulator said last week that it would draw investment from Qatar, Turkey and other Middle Eastern countries, as well as from European nations and the US.

The Latin American country is turning to virtual currency as a result of US sanctions, according to Venezuelan journalist and political scientist Francisco Toro.

“They have been trying to figure out ways to get around anti-money laundering sanctions provisions, and crypto is maybe one way they can do that,” he told CNBC.

“I do think that part of this is about getting investors from non-traditional lenders, from Russia and China, to put in some more money. The financial sanctions — the US sanctions, the European sanctions — are not the main reason Venezuela can’t raise financing.”

The Petro is largely a bid to try and counter the country’s economic distress that it has been enduring for some time now, with effects such as hyperinflation. According to the Venezuelan government, the cryptocurrency will make it possible for the country to gain access to some hard currency, that it is in a desperate shortage of.

The Petro cryptocurrency was announced by Maduro at the beginning of December as a way “to innovate toward new forms of international finance for the economic and social development of the country.”

Maduro explained that the purpose of the currency was “to advance the country’s monetary sovereignty, to carry out financial transactions and to defeat the financial blockade against the country.”

“We are facing a financial war against the country which we have denounced, and the opposition has denied. There are business people who are unaffected by Donald Trump’s blockade. With this, we will join the 21st century,” he said.

The U.S. government has said that any purchasing of the Petro may still be in violation of the economic sanctions placed on the country, as it represents “an extension of credit” to Venezuela. The sanctions are against the purchasing of any recent Venezuelan state debt.